When Ramallah Friends School celebrated its 150th anniversary in 2019, the School launched a major new initiative through the establishment of the Ramallah Friends School Endowment Fund with a target of $10 million US Dollars. Thirty percent of which has already been funded or pledged.   Endowments are invested responsibly with The Friends Fiduciary Corporation. Endowment funds can be either earmarked to Financial Aid or to General Fund.

The goal of our Endowment Fund is to provide a stable source of funding that, overtime, will grow. The Endowment Fund also provides an opportunity for RFS supporters to leave a lasting legacy that will benefit our students and Palestinian society for years to come.

One critically important reason for establishing the Ramallah Friends School Endowment Fund is to increase the level of funds available for financial aid and scholarship assistance from a current level of approximately $200,000 annually.

More information about the Endowment Fund can be obtained by contacting RFS Head of School Rania Maayeh. 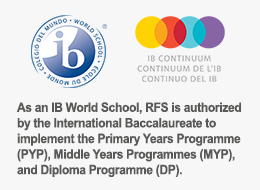